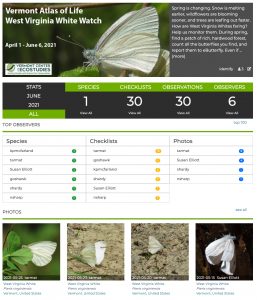 Our new eButterfly Projects tool allows you to easily and quickly create a hub for your event, club, class, or organization. An eButterfly Project creates a space for you that pools observations of eButterfly users together. You can automatically include all of the checklists and observations that fit the places, taxa, users, or dates that you specify. Whether you’re starting a community science effort, creating a home for your user group, or running a butterfly bioblitz; eButterfly Projects is the new tool for you. 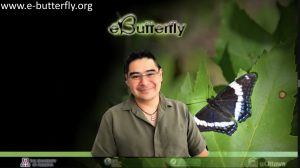 Watch Our Recorded Webinar and Learn How to eButterfly!

Every time butterfly watchers raise binoculars and cameras to record a butterfly sighting, they collect important data. Recording the number, date, and location of each and every butterfly, no matter how common or rare, may seem trivial, even repetitive— but this detailed information can be invaluable to science and conservation. Join Rodrigo Solis Sosa, our Human Network and Data Coordinator, as he explains how to use eButterfly in this recorded webinar from April 27. 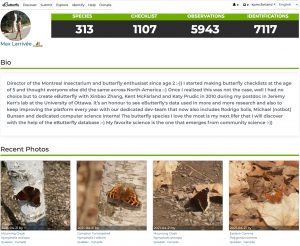 Have you ever wondered who is helping to identify and verify your butterfly observations? Or maybe you wanted to learn more about someone that sees a lot of butterflies in your area? Now you can! We just released the first version or eButterfly user profiles. The profile page has a small image, the user level, stats, and their most recent photos. We’ll be adding more features in the future too. Click on any user name in eButterfly and view their profile. Fill out your profile so that others can learn about you too! Learn how… 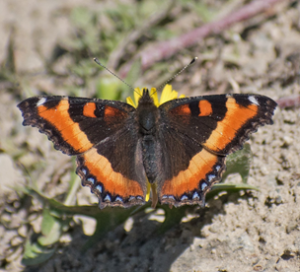 Forecasting species responses to climate change is integral to the development of adaptive and practical conservation decisions. Butterflies are climate-constrained in at least two ways, as ectotherms, the climate has a defining role in dictating where butterflies can live. Additionally, a warming climate may have huge impacts on their host plant availability. These constraints could mean certain butterfly species may have to move north, or up in elevation, to stay within their preferred temperature range. Predicting how butterflies might respond to such temperature and host plant shifts could inform decisions involving conservation prioritization, species management, and natural resource management. 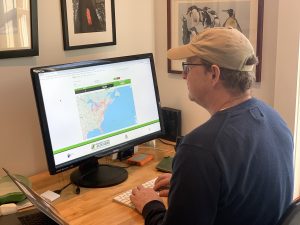 We’re excited to announce some great improvements and new tools for eButterfly that we just released, with even more on the way. Our team has worked hard all winter to improve how the communications center operates, adding additional languages, upgrading the checklist submission process, improving the user experience for viewing checklists, updates that increase the performance of eButterfly, and many minor bug fixes. 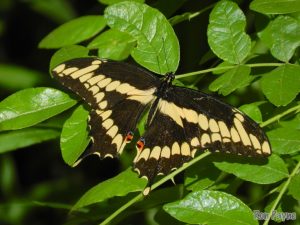 A Giant Leap for a Butterfly in Vermont and Beyond

In 2010 when the largest butterfly in North America fluttered among Ardys Fisher’s flowers at the end of July, she knew it was something neat. Now, our study published in Frontiers in Ecology and Evolution this week shows an unusually rapid northward range shift by the Eastern Giant Swallowtail over the last two decades. 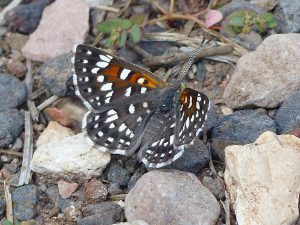 Western butterfly populations are declining at an estimated rate of 1.6% per year, according to a new report published this week in Science. The report looks at more than 450 butterfly species, including the western monarch, whose latest population count revealed a 99.9% decline since the 1980s. 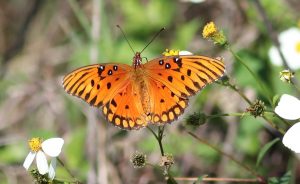 From the first observation of 2020, a Gulf Fritillary nectaring on the Gulf coast of Florida submitted by Gary Leavens, to a Long-tailed Skipper nectaring at the end of December shared by mbspang, butterfly watchers added over 38,500 butterfly records to the ever growing eButterfly database of checklists. The reports fluttered in all summer long. We had more than 8,300 checklists with over 22,000 photographs comprising 523 species of butterflies reported during the year. From July 24 to August 2, 2020, volunteers in Canada, Mexico and the United States helped monarch experts gain more information to enable better understanding of the distribution of the migratory monarch butterfly, an emblematic North American species. This year 520 volunteers across 68 states and provinces participated in the Blitz. They recorded 9,649 monarchs at various stages of their life cycle, from eggs to full-fledged butterflies. And together, they monitored 40,321 milkweed plants, the sole food source for monarch caterpillars. ‘Holy Grail’ butterflies are those rare, remote, hard-to-find, attractive species that linger in the imagination. For Peter Hall, the holiest of grails for many years, beginning in his childhood, was the Jamaican Giant Swallowtail (Papilio homerus). It was more like a myth than an actual species – seen by few and living in only two isolated and diminishing locations in the remoter rainforest of the Caribbean island, Jamaica.

United by our passion for butterflies, eButterfly is a community where we share observations, photographs, and expertise. We also share a deep conviction that our collective experiences and observations will ultimately make the world a better place for butterflies, people, and the environment we inhabit together.